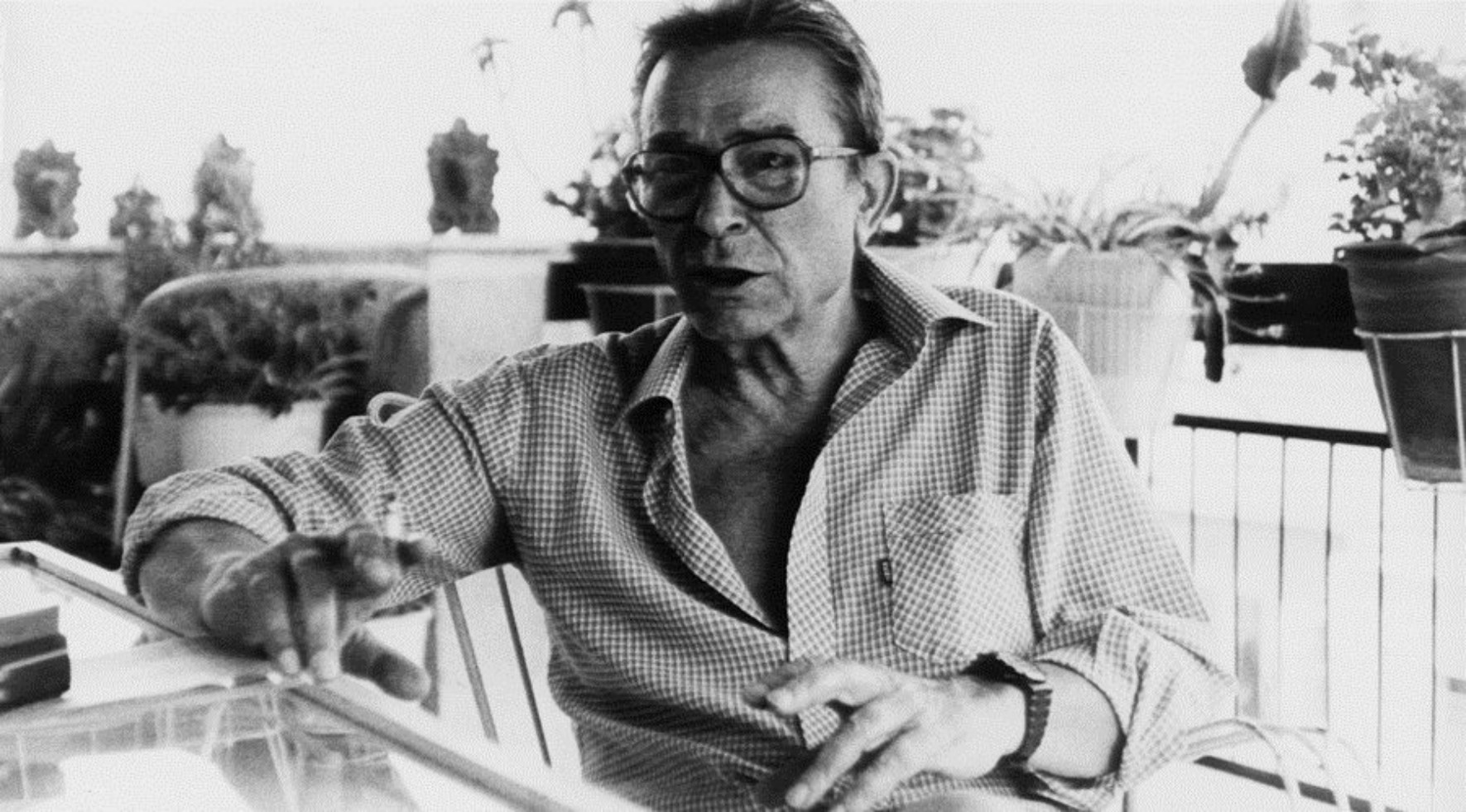 
Excerpts from the book by I. Kambanellis, From the Stage and the Audience, Kastaniotis Publishers, 1990 (selection: Thanos Foskarinis).

My weakness is wanting everyone to understand me.
~ I didn’t start writing for the theatre because I heard a mystical voice telling me that I was tasked with this mission. Before I attempted to become a playwright, I wanted to become an actor. I wasn’t able to do so, so this failure forced me to pick up paper and pencil. It was a form of retaliation more than anything else. ~ (...) with my theatre characters, thanks to their universal concerns, I assisted with the shift in modern Greek theatre from pre-war ethography, i.e. a theatre of manners, to post-war drama. ~ I would say that the Greeks have not internalized or reconciled themselves to the idea of learning. And not, God forbid, to overdo it, but to acquire whatever knowledge is necessary for a more complete knowledge of self and a capacity for self-protection. I personally believe that if the Greeks were well acquainted with their land, history, culture, and character, they would be less vulnerable to all manner of plundering by foreigners. ~ In the theatre, from almost the first moment, you see a theatre company in the midst of a creative process in which the action is being realized in its almost final form so that in the phase when you sit down to write, you are not writing. The characters themselves are dictating what you are writing; that is, it is as if you are transcribing a theatrical work. Or as if you are copying down a performance you are watching. ~ For me the most beautiful and creative moments in the theatre, those approaching perfection, I would say, are the rehearsals. And I mean in later rehearsals, where the miracle of the theatre actually takes place. ~ Theatre is not an artistic reenactment of external reality; it is primarily a representation of internal reality. ~ I believe that the theatre owes its continuous existence -a dynamic presence internationally, in fact, to its fortunately continuous anthropocentrism, which has always been, from the very beginning, its predominant element, its raison d’etre. Since the stage is the space par excellence where humans seek to understand what they are or could be. ~ I don’t know if I will manage to formulate what I wish to say, which is the vain, even fanciful, notion that spiritually we live together with our ancestors. That we are physically born of our parents and the product of the way of life of the society in which we live, of the image of our physical environment, but also of an indelible memory which our racial genes transmitted to us, carried through time, shall we say, from the age when the Kouros of Flerio broke his leg before reaching his destination [in the 7th century BCE]. ~ The historical development of the theatre parallels the development of our life. The rebelliousness of the ‘50s and ‘60s in the theatre coincided with our coming of age, but it also coincided with the rebelliousness of the entire society. It was a protest which transformed itself into a struggle. However, when a person grows up, his term of service to the struggle is “completed,” and inevitably, he becomes more reflective, egocentric—I say this with a kind of whimsy attached to the meaning of the word—there comes a time when he does not judge just the society, but also himself. That is how both his autobiography and self-criticism enter the theatre, and through these, from this point on, “outside” events and phenomena become incorporated into the writer’s work as self-criticism.
I believe that with this type of inward focus, a person becomes stricter with himself and things outside himself. The works of the mature years involve more honest observations. The creator becomes more essentially a receiver. Simultaneously, because society is increasing in size, communication is lost, loneliness becomes more intense, an individual often feels that she or he is living in a hostile society, lost and unprotected from the character that the city and life are assuming.
~