Mikis Theodorakis-Iakovos Kambanellis: MAUTHAUSEN – The cantata in a new interpretation with male voice and cello

“I closed my eyes, I leaned back and began to reflect...it was August, it was 1945, a new season was beginning...” (ending of the autobiographical novel, Mauthausen, Kedros Publishers). 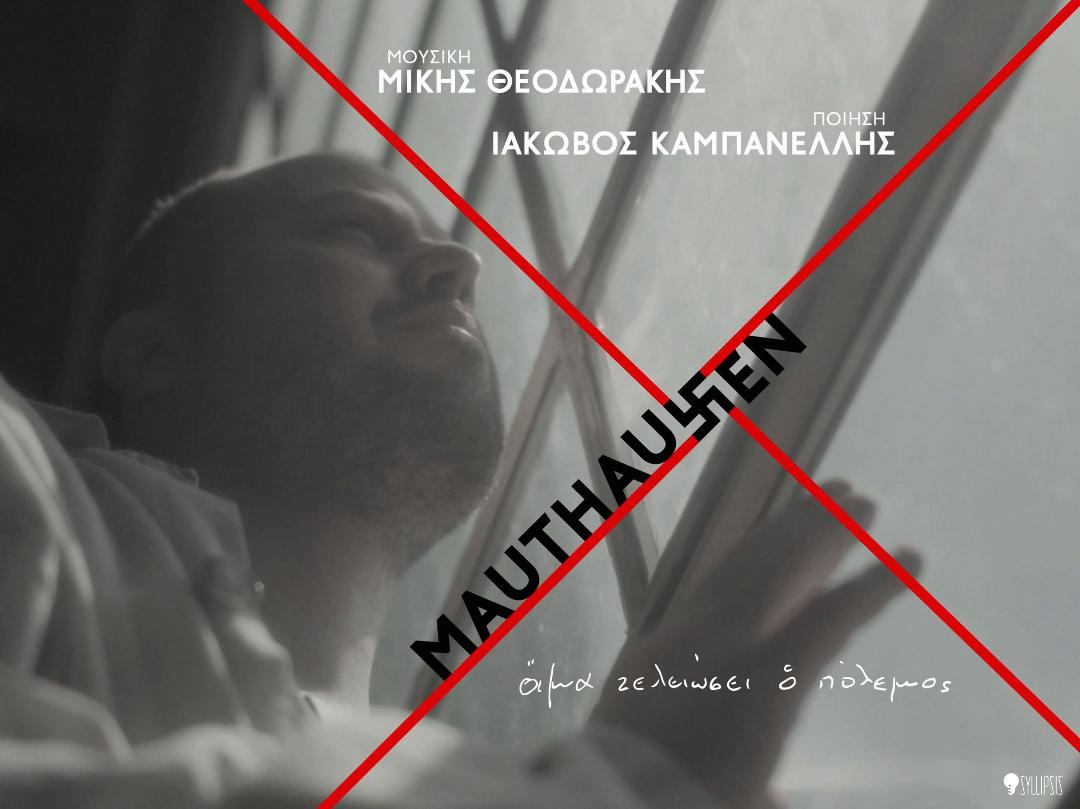 The iconic cantata Mauthausen, with music by Mikis Theodorakis and lyrics by Iakovos Kambanellis, first performed by Maria Farandouri, is being newly interpreted by Aristarchos Papadaniil, with the permission of the composer Mikis Theodorakis and the blessing of Katerina Kambanelli, daughter of the late writer. The four songs of the cantata, “Song of Songs,” “Antonis,” “The Fugitive,” “When the War is Over,” are being performed by Aristarchos, accompanied by Aris Zervas on the cello within the framework of a creative musical dialogue.

An innovation in the new recordings is the inclusion in each song’s introduction of the performance of an excerpt from the autobiographical novel, Mauthausen, by Iakovos Kambanellis (Kedros Publishers) directly related to the story in the song. The excerpts are used with the kind permission of Katerina Kambanelli and Kedros Publishers.

Referring to his experience with the new recording, Aristarchos says, “Performing Mauthausen, I became Marian Bogusz’s poetic ranting; the sobs of the girls in Auschwitz, Dachau, Mauthausen, and Belsen; the cry of the Jew; the German’s order; Antonis’ bravery; Janos Beer’s emotional devastation; Kambanellis’ lyrical witness. Mauthausen, free once again, surrenders to you.” He adds, “From the bottom of my heart, I thank the great composer Mikis Theodorakis, for the incredible honor of his permission for this new interpretation of his musical masterpiece Mauthausen. I extend my warmest thanks to Iakovos Kambanellis’ daughter, Katerina, for her trust and support.”

The four songs of the new interpretation of the monumental work Mauthausen were released digitally by Syllipsis on Mikis Theodorakis’ birthday, 29 July 2021, and will be included in a special print edition scheduled for release on 2 December 2021, on the occasion of 100 years since the birth of the great writer Iakovos Kambanellis (1921-2011).

A poetry film - a lyrical dreamscape - has been made for the new musical interpretation of “When the War is Over,” co-directed by cinematographer Panagiotis Kountouras and Aristarchos Papadaniil. It follows their collaboration on the award-winning The City (Wherever I Gaze) (Zebra Poetry Film Festival, etc.), a poetry film featuring C. P. Cavafy’s “The City.”